Seeds of Destruction - The Hidden Agenda of Genetic Manipulation 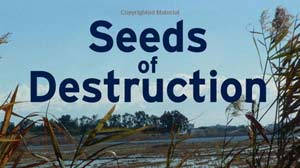 Why is it that the regulatory authorities of many countries today allow living GMOs (Genetically Modified Organism) to be used outside laboratories? Despite several incidents where animals have become sick or even dead, after beeing feed with GMOs, despite the fact that no scientist on this earth are able to control the genes in a living organism, and despite the fact that the inserted packages of patented genes spread from GM-crops to conventional and organic crops, and even get fragmented and reallocated, the regulatory bodies and politicians behave as they where puppets of the GMO-industry. To get a better understanding of how this could happen, and is happening at this very moment, I recommend reading this book. From the back cover of this book we can read:

This skillfully researched book focuses on how a small socio-political American elite seeks to establish its control over the very basis of human survival, the provision of our daily bread. "Control the food and you control the people."

This is no ordinary book about the perils of GMO. Engdahl takes the reader inside the corridors of power, into the backrooms of the science labs, behind closed doors in the corporate boardrooms. The author reveals a World of profit-driven political intrigue, government corruption and coercieon, where genetic manipulation and the patenting of life forms are used to gain worldwide control over food production.

The book is an eye-opener, a must-read for all those committed to the causes of socaial justice and World peace. 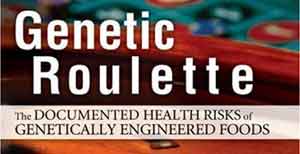 Eating genetically modified food is gambling with every bite. The biotech industry's claim that genetically modified (GM) foods are safe is shattered in this groundbreaking book. Sixty-five health risks of the foods that Americans eat every day are presented in easy-to-read two-page spreads. The left page is designed for the quick scanning reader; it includes bullets, illustrations, and quotes. The right side offers fully referenced text, describing both research studies and theoretical risks. The second half of Genetic Roulette shows how safety assessments on GM crops are not competent to identify the health problems presented in the first half.

Confessions of an Economic Hit Man 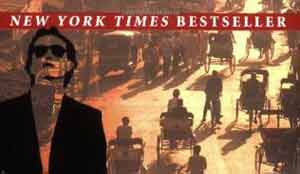 "Economic hit men," John Perkins writes, "are highly paid professionals who cheat countries around the globe out of trillions of dollars. Their tools include fraudulent financial reports, rigged elections, payoffs, extortion, sex and murder. They play a game as old as Empire but one has taken on terrifying dimensions during this time of globalization." 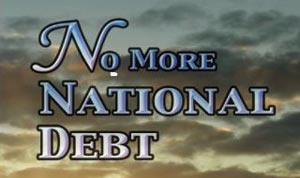 "Sovereign nations don't have to borrow their money into existence, yet the U.S has done so since 1913. You cannot "pay down" the National Debt because all of our money is created out of debt. To reduce the debt would be to reduce the national money. The only solution is to do what's been done many times throughout U.S. history, issue debt-free U.S. Notes, instead of Federal Reserve Notes and break free of the debt money system. The problem is the same for every nation on earth, as is the solution. Nations don't have to borrow; nations can create."

The World According To Monsanto 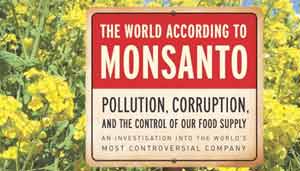 Ever wanted to know some of the history of the multinational company Monsanto.

Marie-Monique Robin here expose a side of Monsanto which is unknown for most people. Learn how the company which once tried to hide the disturbing facts about products like PCB and Agent Orange, and how this company now push out yet another product which might put their previous products in the shadow.

The GMO Emperor Has No Clothes - A Global Citizens Report on the State of GMOs - False Promises, Failed Technologies 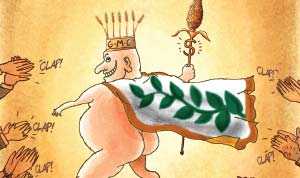 In the book The GMO Emperor Has No Clothes - A Global Citizens Report on the State of GMOs - False Promises, Failed Technologies, Dr. Vandana Shiva start with the following words:

Drawing on the Artist Within

Learn how to draw with the right side of the brain

Ever wanted to learn how to draw?
Well, now you have the chance. Betty Edwards has written numerous books on the subject, and has done a very good job. Maybe you do not believe that you will be able to learn drawing by reading a book. 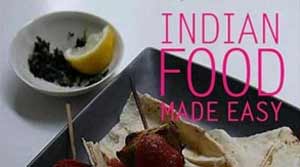 From Anjum Anand's website you can read the following about this book:

Indian Food Made Easy accompanies the BBC TV series in which Anjum Anand creates delicious Indian food that is light, healthy and bursting with flavour. Anjum is passionate about using fresh, local and seasonal produce, and all ingredients are readily available in supermarkets.

All Anjum’s recipes are easy to follow and use simple cooking methods. Her dishes range from quick snacks to slow-cooked curries, and from breakfast dishes to easy midweek suppers. 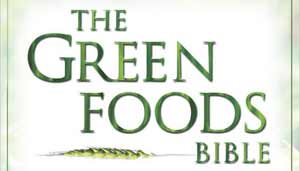 What do you eat? How do you prepare your food? What do your body really need? David Sandoval has taken a serious look into these issues. After reading this book there is a high probability that you sooner rather than laiter will think twice about what kind of food you actually buy and how you prepare it.