From DDT to Roundup - Rachel Carson, we need you again 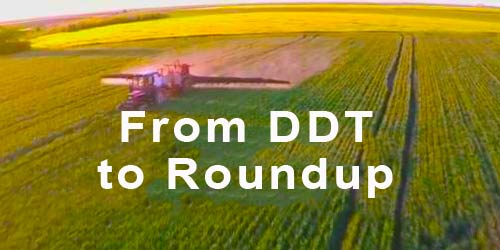 Something is wrong when companies which produce some of the worlds most toxic chemicals, claim that the very same chemicals is supposed to contribute to the food production in the world. Here is a short documentary which looks closer at this paradox, as well as how we humans often is tricked into believing in the illusion that toxic chemicals are good for us.

The original title of this short documentary is “From DDT to Glyphosate”. Here I’m using the word Roundup instead of Glyphosate. The reason is simple, in many countries the product sold to end-users is actually named Roundup.

From DDT to Roundup - Rachel Carson, we need you again